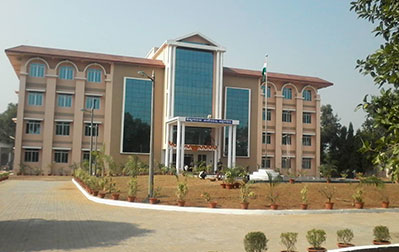 The District of Angul situated at the heart of Odisha was a part of Undivided Dhenkanal District till early March 1993, but for the administrative convenience, Dhenkanal District was divided into two parts i.e. Dhenkanal and Angul vide State Government Notification No. DRC-44/93/14218/R. dated 27 March 1993. Angul District came into existence as a separate District on April 1, 1993. The District is surrounded by Cuttack & Dhenkanal on the east, Sambalpur & Deogarh on the west, Sundargarh & Keonjhar on the north and Phulbani on the south. Covering an area of 6232 sq.km, Angul District is located at Latitude 20.50 North to 85.00 East Longitude.The altitude of this place is 564 to 1187 mts.

The Administrative headquarters of the Angul District is located at Angul city. In the present scenario of the administrative set up, there are 4 sub division, 8 tahsils and 8 blocks in the District. There are total number of 225 Gram Panchayats, 2 Municipalities, 1 Notified Area Council (NAC), and 23 Police stations functioning in the District of Angul.

Angul District is full of coal mines, hence rural people mostly depend on agriculture. So Women Shelf Help Group movement has been started in 2001 known as “Mission Shakti” for the economic empowerment of rural women. In the starting women were not ready to form Shelf-Help Group, but with the motivation and strong efforts of district administration groups were developed gradually. Initially Groups were only involved in internal leading, so it was a big challenge to involve members to start some Income Generation Activities for their sustainable development. But with the continuous effort of District administration and with the support of Banks under SGSY programme Groups started making Badi, Papad and spices but now groups are involved in making of Sanitary napkin, Poultry, Goat farming, Mushroom cultivation, Fishery, Elec try Meter Reading, Mid-Day Meal, Providing Preschool uniform, etc. with the convergence of Fishery department, Vetnary Department, KVK, Horticulture, Department of Education. And with the efforts of ICDS staffs now there are 21323 WSHGs in Angul District and having 244813 members in 8 projects.