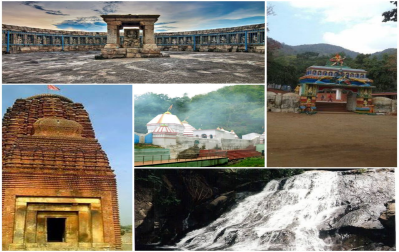 The district was formed on 1st November 1949. It is flanked in the northwest by the Gandhamardan hill. Many hill streams traverse it. The name Balangir is said to have been derived from Balaramgarh, a fort built here in the 16th Century by Balram Deo, the 19th Raja of Balangir and founder of Sambalpur kingdom. The Balangir District is surrounded by Subarnapur district in east, Nuapada District in the west, Kalahandi District in the south and Bargarh District in the north. The District lies between 20 degrees 11’40 to 21 degree 05’08-degree north latitude and 82 degrees 41’15 to 83 degree 40’22 East longitude. The District covers an area of 6575 sq.km.

The predominant soil groups found in the Balangir District are Black, Red, Mixed Red and Alluvial soils. Over 70 percent of the population depends on agriculture. The present cultivable area in the District is 3,45,650 hect. In the District paddy is the principal crop, which accounts for 61 percent of gross cropped area. The other important crops grown in the District are pulses grown in 14 percent of the cropped area followed by oil seeds, which is grown in 3 percent, fibre in 4 percent, vegetable in 2 percent and other food crops like spices and condiments etc.

For the socio-economic development of women WSHGs are formed under Mission Shakti in Balangir district. At present more than 22,000 of WSHGs are existing in the district. They are involved in different income generating activities like THR making, MDM, Pisciculture, terracotta, incense sticks, Fruit and vegetable cultivation, weaving, Badi, papad, spieces etc making and improve their financial conditions. They are also involved in many social activities like anti-alcohol movement, tree plantation, immunization, sanitation etc.