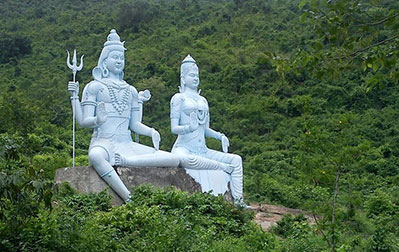 Ganjam District derived its name from the word “Ganj–i–am” which means the “Granary of world”. From other sources it also revels that Ganjam District is named after the Old Township and European fort of Ganjam situated on the northern bank of river Rushikulya, which was the headquarter of the District. Ganjam’s total area is 8,070 km². The district headquarters is Chhatrapur. Ganjam is divided into three sub-divisions Chhatrapur, Berhampur, and Bhanjanagar. Further in the year 1992, after reorganization of districts by Government of Odisha, the 7 blocks of Parlakhemundi subdivision were separated and the new district of Gajapati formed and 3 subdivisions, 22 blocks, and 18 urban areas remain in Ganjam district. The total Ganjam district population living in rural areas is 2,761,030 of which males and females are 1,383,636 and 1,377,394 respectively and a literacy rate of 71.88%. In rural areas of Ganjam district, sex ratio is 995 females per 1000 males.Ganjam District is a beautiful holder of many fairs and festivals. The District enjoys celebration of different festivals round the year. The District is not only famous for its beaches, historic monuments, scenic beauty but also for its colourful festivals. Those festivals in tha Ganjam District can be categorised into two different parts, one is Domestic festival and the other one is Public festivals. The Domestic festivals are observed in each Public household and are celebrated by large number of people in a group. Festivals like Dola Yatra, Tara Tarini Yatra, Thakurani Yatra, Siva Ratri etc the commonly celebrated festivals in Ganjam. Prahlad natak is a form of traditional theatre with a one play repertoire from the southern District of Odisha, is commonest in Ganjam. Ganjam is known for its beaches bordering the Bay of Bengal, the most famous ones being Gopalpur (a famous tourist destination) and Dhavaleshwar. The most populous city in Ganjam, Berhampur, is famous for silver filigree and silk sarees woven with gold and silver threads.The Scheduled Tribes account for 2.88 percent population of the district and Khond etc. (49.33 percent), Shabar (25.46 percent) and Saora (14.37 percent) are the largest tribal groups in the district.Ganjam is the 3rd biggest district in terms of size and first in terms of population. The economy of the district is mainly dependent upon cultivation. Out of each100 workers in the district 63 are engaged in agricultural sector.
The SHG movent was started a long back in Ganjam district. and it is  home to highest nos of SHGs amongst all the 30 districts in Odisha. As on date a total of 41,190 Women SHGs have been formed in Ganjam district since inception of Mission Shakti in Ganjam district.Majority of the WSHGs are engaged in Agriculture and allied activites. Apart from this many SHGs prepare Badhi , papad, pickles  as its native to Ganjam district.  Silk Saree are famous and highly demanding are produced here in Berhampur, Ganjam.