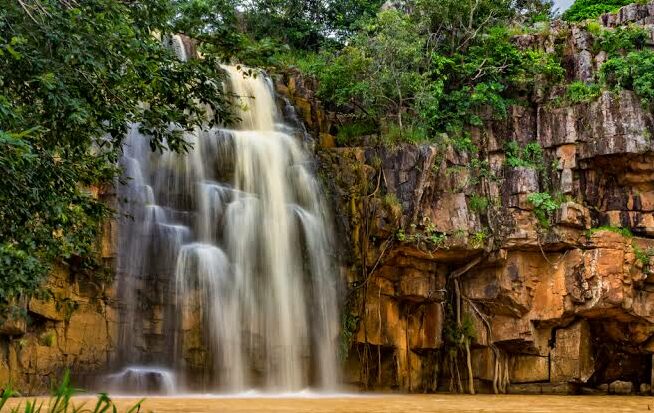 Keonjhar district is full of natural scenic beauty with greenery forest, rivers and water fall that enhance the beauty of Tribal District. This district is surrounded by the Mayurbhanj, Bhadrak, Jajapur, Anugul, Sundergardh and West Singhbhum of Jharkhand with an area of 8303 sq. Km. which lies between 850 .11’’ to 860. 22’’ east longitude and 200. 01’’ north latitude. The major river of the district is Baitarini originates from Gonasika hill and flows and passes boarder of Singhbhum(Jharkhand), Mayurbhanj, Jajpur and finaly falls in Bay of Bengal at Dhamara Bhadrak District.The Climatic condition has been characterized by hot-summer, cold- winter and prolonged erratic monsoon. The summer starts from March to June. The normal monsoon starts from second week of June and ends in September which is 75% of rain fall and the rest 25% comes from October to December. The December and January are the cold months. The rural population of the district is 86%.

As per 2011 census, the total population of Keonjhar District is 1,801,733. The District comprises total 9,06,487 male populations and total 8,95,246 female populations. Total SC population of the District is 2,09,357 whereas the ST population is 8,18,878. As per the administrative set up is concerned, the Keonjhar District has got three sub divisions namely Anandpur, Champua and Keonjhar. There are 13 tahsils, 13 blocks, 297 GPs, 2132 villages,4 Municipalities and 1 NAC functioning in the District. Keonjhar is one of the major mineral producing Districts of Odisha. Iron ore, Manganese ore, Chromate, Quartzite, Bauxite, Gold, Pyrophillite and Lime Stone are the major minerals found in this District. There are also engineering and metal based industries (53 numbers), chemical and allied industries including plastic industries (48 numbers) and agro and marine based industries (242 numbers) functioning in this District.