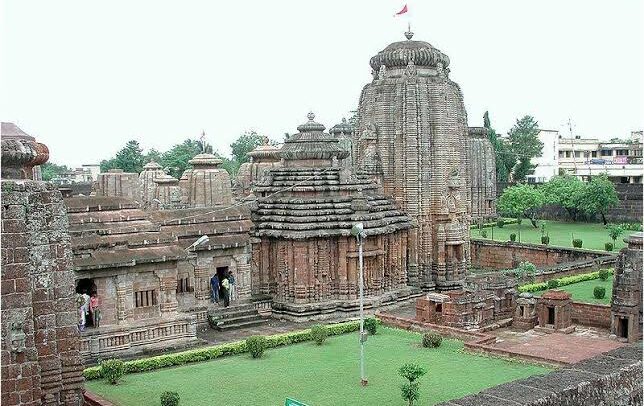 According to 2011 census Khordha District has a population of 2,246,341. The district has a population density of 799 inhabitants per square kilometre (2070/sq mi). Its population growth rate over the decade 2001-2011 was 19.65%. Khordha district is one of the 30 districts in Odisha State in eastern India. Bhubaneswar the capital of Odisha, belongs to Khordha district and is only 25 km from Khordha town. Odisha State Highway 1 and National Highway 16 runs via this town.

Khordha is an administrative division of the state of Odisha, India. It was formed on April 1, 1993, by the division of former Puri District into Puri, Khordha and Nayagarh districts. In the year 2000 the district name was changed to Khordha. The district headquarters is Khordha Town. The capital city of Bhubaneswar is located in this district. Khordha is the most urbanized district of Odisha having 2 numbers of subdivisions and 10 blocks. Bhubaneswar sub-division consists of 4 blocks, viz. Balianta, Balipatana, Jatni, Bhubaneswar & Khordha sub-division consists of 6 blocks, viz. Banpur Begunia, Bolgarh, Chilika, Khordha saar and Tangi. Khordha Road, the railway station that serves the town is also the divisional headquarters of the East Coast Railway of the Indian Railways. Khordha is known for its brass utensils, cottage industries, railway coach manufacturing and cable manufacturing unit.

Now in Khordha district there are around 24,307 groups have been formed. Recently SHGs have engaged in different Government Programes like MDM management, tailoring, Pisciculture, Poultry, Electrical meter reading, supply of pre school uniform, supplying of Chatua to AWCs and attending different State and District fairs to sell their products etc as part of their income generating activities and livelihood. Hence it is experienced that the women of Khordha are now one step ahead towards empowering themselves.