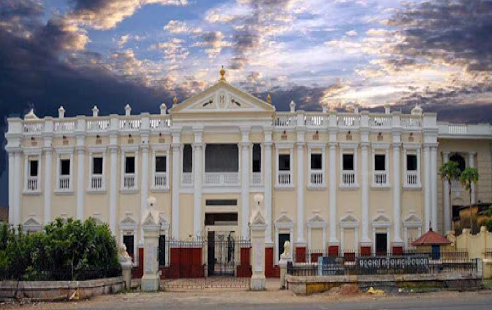 According to 2011 census Mayurbhanj District has a population of 2,513,895. This gives a ranking of 171stin India. The district has a population dencity of 2419out of total 640) inhabitants per square kilometre (620/qni) Its population growth rate over the decade 2001-2011 was 13.33%. Mayurbhanj has a sex ratio of 1005 females for every 1000 male and a literacy rate of 63.98%. Mayurbhanj district is one of the 30 districts in Odisha state in eastern India. It is the largest district of Odisha by area. Baripada is the district Headquarter. As of 2011 census it is the third most populous district of Odisha, afterGanjam and Cuttack. Mayurbhanj District was formed out of princely state of Mayurbhanj in 1047. Mayurbhanj having 4 numbers of subdivisions and 26 blocks.

The vibrancy and kichkers of the central heritage of Mayurbhanj is well known to all. Makar & Karamparva are the two well-known festivals of Mayurbhanj. Famous Chhau dance traditional folk song & dance is the integral part of culture of Mayurbhanj. Car festival/ Rathyatra of Baripada is famous after PuriRathyatra and its speciality is that only ladies can pull the chakiot of Maa Subhadra.
Mayurbhanj has many tourist destinations. The Simlipal is the integral part of almost all tourism destinations in the district.
Cuisine Mudihi (puffed rice) is the popular diet of Mayurbhanj

Various Historical monuments like Haripur gada, Bhanj place, Baripada Royal place, Temples of Khiching etc. are the symbols of great heritage of Mayurbhanj.
Most of the inhabitants in Mayurbhanj are Tribal, Shantal, Munda, Bhumija, are major tribal of the district, besides this Lodha, Khadia, Makadia and PVTG in this district.
SHG movements starts in this district in an organised manner from 8th March 2001 after launching of Mission Shakti. Before that MohilaSamities and Mohali Mandals were constituted in the district for uplift men of lives of Women. Now around 42000 Women Self Help Groups have been formed in this district by ICDS and other Government and Non-Government institutions.
Members of Women SHGs are now involved in THR distribution, MDM management, Supply of vegetables toiletries to Ashram Schools. Taking leases of GP Tanks, Layer farming, Electrical meter reading, supplying of diets to Hospitals Agriculture, Pisciculture, plantation and Swacha Bharat programme etc.

Special initiatives in this district was taken for supply of toiletries and vegetable to Ashram Schools. A canteen is managed by SHGs in the interior pockets of Simlipal i.e. in Borehipan for tourists. For upliftment of Sabai Crafts through Mayursilpa a special out let has been managed in Baripada as well as Bhubaneswar. Products are also marketed by Fab India, Flip cards etc.
Jay MaaTarinin SHG of Suliapadafelicitated as best SHG in International Women’s Day-2018 at JaydevBhavan, Bhubeneswar. BLF Baripada also felicitated at International Women’s Day-2010 Sabai craft prepared by different WSHGs are displayed and saled inside and outside of state in different exhibition and Mela.