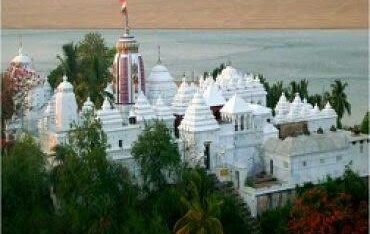 Nayagarh district is one of the princely states of India from the period of British Raj. It comprises of an area of 3890 sq km with a human population of 962786 as per 2011 census. It has 8 Blocks, 8 Tahasils and 14 Police Stations. The literacy rate in the district is 80.42%. Nayagarh district was created in the year 1992, earlier it was part of Puri District. It is a hill station so far as the natural scenery is concerned. Nayagarh District consist of four Gajrats namely Ranpur, Nayagarh, Khandapada, and Daspalla. Nayagarh is surrounded by Cuttack in the north, Kandhamal in the west, Ganjam in the south and Khordha in the east. This princely state was set up in the thirteenth century and considered as an important part of political history of Odisha. King Suryamani of Baghela dynasty came from Madhya Pradesh to Puri on pilgrimage and later established his kingdom at Nayagarh.

Nayagarh is a well cultivated region. This district generates revenue from farming and other allied activities. Tropical climate and soil are favourable for taking up agro horticultural activities. Rice, vegetables and fruits are produced in this region. The economy is primarily based on forest based livelihoods and agriculture. The district has huge vegetation with forest products as natural resource. The WSHGs have been engaged in forest related activities, pisciculture, vegetable cultivation, weaving, traditional toy making and electricity meter reading and electricity charges collection.

The average literacy level is 80.42% out of which male and female literacy rates are 88.16% and 77.05% respetively. It is one of the advanced districts in regard to education in the state. There are many educational institutes in Nayagarh. Raghunath Samabaya Mahabidyalaya, Ranpur College, Pathani Samantha College, Nayagarh Autonomous college are some of the well-known educational institutes of Nayagarh District.

Nayagarh has many tourist places which attract visitors from all over the country.  The Satakosia Ganda with water course spread about 22 km is a picturesque sight. The most popular places of tourism are Kantilo Nilamadhaba Temple, Dutikeswara Temple of Jamupatana, Raghunath Jiu Temple of Odagaon, Goddess Maninaga of Ranpur, Balunkeswar Temple of Sarankul and many more heritage sites. Nayagarh is famous for the princely forts of the princely state situated at Ranpur, Daspalla & Khandapada. The Banchaniddhi pathagara and Aurobindo Sangrahalaya possess rich content of literature and culture. There are about 5 lakh books and dictionaries in different languages. It has a rich collection of 42 sections of rare scripture, minerals, art, craft, coins, amours and postal Stamps.