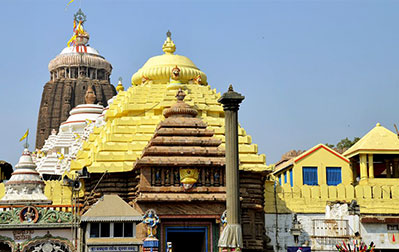 Puri is a coastal district of Odisha with a total area of 3749.00 sq km. This district comprises of 1722 revenue villages, 268 Gram Panchayats including 1 parliamentary constituency & 6 assembly constituencies. It has one sub-division, 11 tahasils and 11 blocks. Puri is the only municipality of the district. Konark, Pipili and Nimapara are the three NACs in this district. Satyabadi, Gop, Kakatpur and Brahmagiri are major Semi-urban areas. The district has been named after its headquarter town of Puri. The Puri district lies around the latitudes 19° and longitudes 84° 29′ E. It has a geographical area of 3051 km2 or 264988 Ha. It has varied geographical and geological divisions depending upon the available rock types, soil, vegetation, water bodies and climate. The culture of Puri reflects the ethos of Odisha society. Puri is one of the fascinating littoral districts of Odisha. The monuments and religious sanctity, way of life of the people with their rich tradition possess emphatically to be the cultural heart of Odisha. Puri is considered to be the cultural capital of Odisha. This temple town of Odisha is renowned throughout the world for the Jagannath Temple. The Puri town is surrounded by the Bay of Bengal. Several festivals are celebrated mostly relating to Lord Jagannath among which the world famous Car Festival is most noteworthy. Gotipua dance, Ghoda nacha, Dhuduki nacha, Jatra, Pala, Daskathia, Bhalu nacha, Mankada nacha and Navrang are some folk dances prevalent in this district.

The economy of the district is primarily Agriculture based. Paddy, vegetables and oil seeds are major agricultural crops. The total population is 16,98,730 whereas the literacy rate is 76.05%. The major agriculture based crops are mushroom, paddy and vegetables. Fishing is also one of the major sources of livelihood in Puri district. Puri being a potential tourist place, several souvenirs are produced targeting tourists. The handicrafts and cottage industry sector is very prosperous in Puri. Products include silver filigree, brassware, stone carving, horn work, appliqué work, patta chitra painting, palm leaf work, coir artefacts, terracotta etc. The villages of Raghurajpur and Pipili are particularly widely celebrated for quality handicrafts. These industries are supported chiefly by Shree Jagannath Temple and the market created by tourists in the region.

The district nurtures community based institution like SHGs, their Federations and Producer Groups (PGs). Around 31084 SHGs are functional in this district. Several Government schemes are implemented for promotion of enterprise creation among SHGs / PGs supported by Mission Shakti. Under Government convergence initiatives, livelihood opportunities, related capacity building and handholding are provided to SHGs & their Federations on agriculture, horticulture, animal husbandry, non-farm activities etc.